In this article, I will be comparing one of the youngest pour over / drip coffee devices with what is one of the oldest.

The Younger is the Hario V60, first hitting the market in 2005 and now a favorite amongst coffee shops around the world . This small device (top in the split image) has a circular type wave pattern on the inside and a large “drip” hole at the bottom. The device can brew 1 or 2 cups at a time and comes with a measuring spoon to help get the ideal amount of grind.

The Older, the Melitta Filter Cone, first patented in 1908. The cone features straight lines, rather than wave lines, down the sides – a flat line is at the bottom with a single small hole. The shape of the Melitta isn’t quite a cone shape as it ends with a flat bottom. This device was the fore-runner to pretty much every modern day drip coffee maker.

There are 3 big things that stand out as differences between these two devices in my mind, these may or may not make much impact on the brew.

1) Drip Hole Size – In the Melitta Filter Cone the ability to drip will clearly be controlled by the small hole size, this will limit the speed of draining and allow for a longer extraction time (in theory). Meanwhile, the V60 has a much large hole which will not restrict the ability of coffee to drain once it’s passed through the grinds. It will be interesting to see how this affects taste.

2) Waves vs Straight Lines – It will be interesting to see whether the curve lines of the V60 or the straight lines of the Melitta effect the brew. They should affect aeration of the brew, but I wonder in the Melitta with such a small drip hole whether this is outweighed by coffee waiting to drip…

3) Paper Filters – The comparison is pretty clear, the V60 filter (white) ends in a cone shape, unlike the Melitta filter (brown) which ends flat – this, of course, reflects the shape of the device, however, it would be interesting to see if it affects the brew. The second part of the paper filter question is whether the different types of filter paper cause any difference.

To ensure a fair test, we will follow the same process for each brew, we will also ensure that:

1) The same coffee, grind & amount of grind is used.
2) Filter Papers are flushed in the device before use.
3) The water is at a consistent temperature.
4) The same glass cup is used.

The below brewing method will remain constant between devices.

Coffee in use: Burundi Mukaze #1 from Cast Iron.

The first test was with the Melitta Filter Cone. One of the first things I noticed was the flushing of the paper left a very slightly brown tint in the water that had gone through – to me this shows why we flush filters, but it could also be a sign of not so high-quality filters. (For the record the filters in use are Melitta Original filters). We repeated with another filter and saw the same result.

Having added the coffee grinds, I noted that the coffee was spread in a rectangle (pretty much), given how cone devices work with the circulation of water and grinds I wonder the impact this may have.

Adding water and blooming: This was pretty uneventful, though I suspect with such a small aperture this is as close to a full bloom as can be got with a drip coffee device.

Pour Over: During the remaining pour over it was clear that the device was controlling the flow of the coffee into the cup. This means, in my view, some of the control of the brewer has been lost and it could lead to bad tasting brews. Given this control it was clear that the device was holding the drip back and so potentially the coffee already brewed was passing through the coffee again – this is because as with most filters, it’s two-way.

My initial thought on tasting was that the coffee tasted sour, having repeated the test a few times at different temperatures, this seems true regardless of coffee in use.

My second thought was that you could taste the paper – I say taste it was more a feeling on my tongue.

It was only after I got passed the above tastes that I began to taste the coffee, and it was a real struggle. But once I got there the brew was pretty good, I could taste some sweetness and it was somewhat fruity and fresh.

The first thing I noticed with the V60 drip coffee device was simply that the coffee seemed to sit lower in the device – and of course in a circular manner, not rectangular.

Secondly, the bloom of the V60 feels lacking, because of the wide aperture at the bottom of the cone it feels like the water has drained fully before the bloom is complete.

Thirdly, the remaining pour over time was about 2/3 that of the Melitta filter cone – both were poured at the same flow rate in a circular / spiral motion. Metilla at just over 3mins and the V60 at 2min 20s.

Fourthly, the drip time was controlled by the brewer and not the device, this means I could control the depth of brew and prevent over or under extraction. This control is what every coffee lover brewing at home wants, control over everything.

The coffee was both sweet and rich in flavor, the aroma came through clearly also (something I now realise was missing from the Melitta brew). The brew felt clean and crisp.

There was no paper taste and no sour notes, it was fresh tasting in every regard.

The clear winner between these two brewing devices is the Hario V60.

The V60 device wins hands-down because of the amazing taste of the brew and the sheer level of control that the barista can have. Control is everything when it comes to brewing the perfect coffee.

The  Filter Cone is a good brewing device, but the lingering sourness and paper taste simply mean that I can’t recommend it’s use. I am told higher water temps can help remove the sour notes but having tried that I didn’t taste the evidence.

My views are also qualified by the use of Hario V60 devices in many coffee shops today in the UK, rather than the Melitta Cones (which are fairly uncommon). It’s a clear barista favorite, and given the ease of use (including cleaning) I don’t hesitate to recommend the Hario V60. 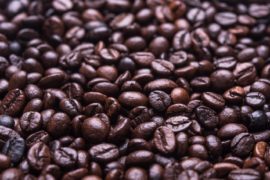